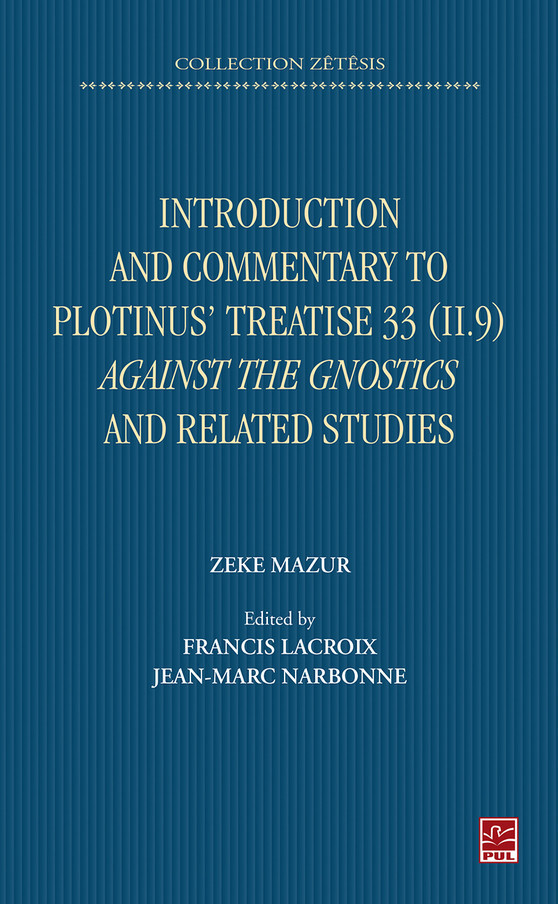 Against the Gnostics and related studies

PlotinusÂ Treatise 33 (II.9) , entitled Against the Gnostics , is one of the most fascinating and complex writings of the Roman Neoplatonic master, as well as one of the most polemical, as it is the sole treatise to openly side against a rival sect or school of thought. We here present the reader with the full analysis of this exceptional treatise, in its original English, of Zeke Mazur (), one of the scholars most deeply versed in the connections between the Gnostics, most notably those identified as belonging to a subgroup of Platonising Sethians, and the first generation of Neoplatonists (i.e. Plotinus, Amelius, and Porphyry). An abridged and simplified version of the English original, accompanied by a translation of Treatise 33 (II.9) itself, will appear in 2018 in French in the Collection des UniversitÃ©s de France , alias the Collection BudÃ©.